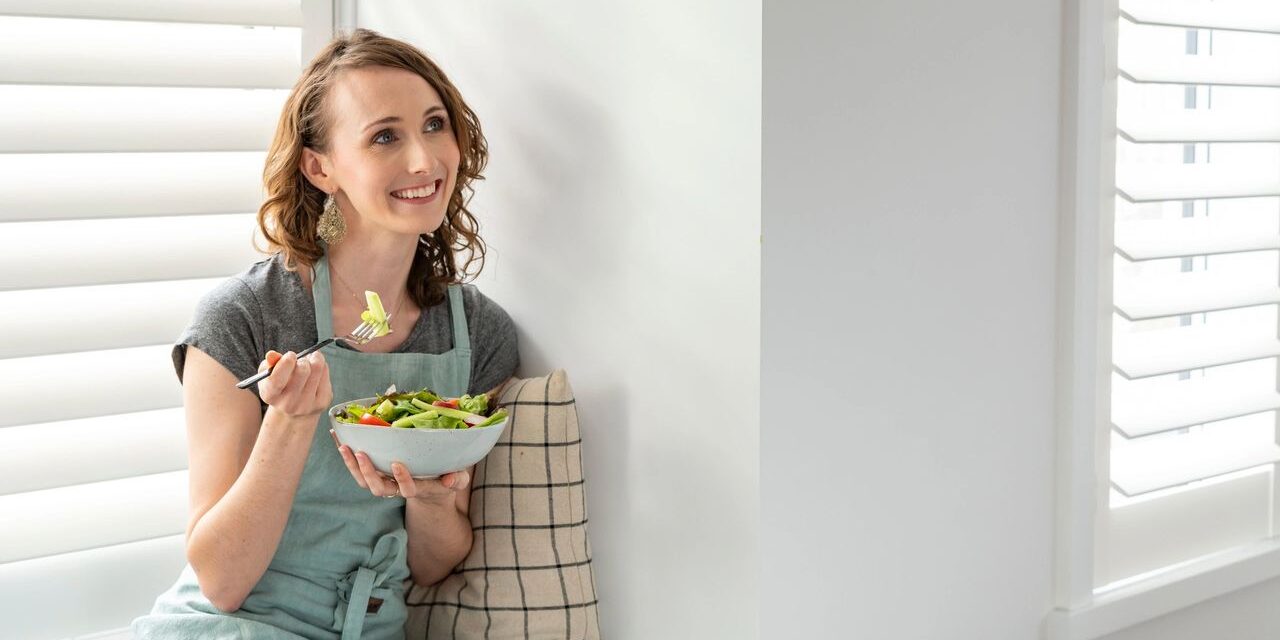 Tell me about your own personal experience as an IBS sufferer.

Alana: ‘My first gut issues happened when I was at university. I used to be the girl who would sneakily unzip their jeans to relieve the pressure on my bloated belly during class. Then I became so ill, I didn’t want to leave the house anymore. I lost the sense of who I was because I was feeling so unwell all of the time. My bowel habits were unpredictable and I had lost a lot of weight. I knew something was wrong.
I visited my local GP and then a gastroenterologist. Eventually, I was diagnosed with coeliac disease and started working with a dietitian.
My dietitian put me on a strict gluten free diet for life which stopped me from throwing up, but after several months I still had some gut-based symptoms that wouldn’t settle. At this stage, I was also diagnosed with Irritable Bowel Syndrome and my dietitian suggested the Low FODMAP diet. The low FODMAP diet helped me turn my life around and I am really grateful for the support I had from my medical team.

When you were first diagnosed with IBS how did you adapt to a Low FODMAP diet?

Alana: ‘When I first started the Low FODMAP diet I was given a low FODMAP food list and I struggled to get to grips with the diet. It felt overwhelming and hard and I just couldn’t find low FODMAP products in the supermarket – back then they just weren’t available. I had to find a different solution and get into the kitchen and cook. What most people don’t know is that I grew up in a restaurant on my family farm, so I decide to take the food philosophy I learnt there and start developing recipes. Instead of focusing on what I couldn’t eat, I started focusing on all the low FODMAP foods I could still enjoy and made them the priority of my meals.’

What do you consider when creating your low FODMAP recipes?

Alana: ‘First I look for inspiration! This might be a meal I’m craving, a fun recipe idea I’ve seen, or a request that’s been sent in by a follower.
Next, I look at ways to make the recipe low FODMAP, gluten free and check that it has some allergy friendly options. Then I look at what’s going to bring flavour to the recipe – I love working with herbs, spices, or making dressings and sauces to give the dish personality. For me food is life – I don’t want anyone to endure boring meals when they have food intolerances. Once we are happy with the recipe, I photograph it so it looks as drool worthy as it tastes. Then the recipe is dietitian reviewed to make sure it is suitable for the low FODMAP diet before it is published on alittlebityummy.com.