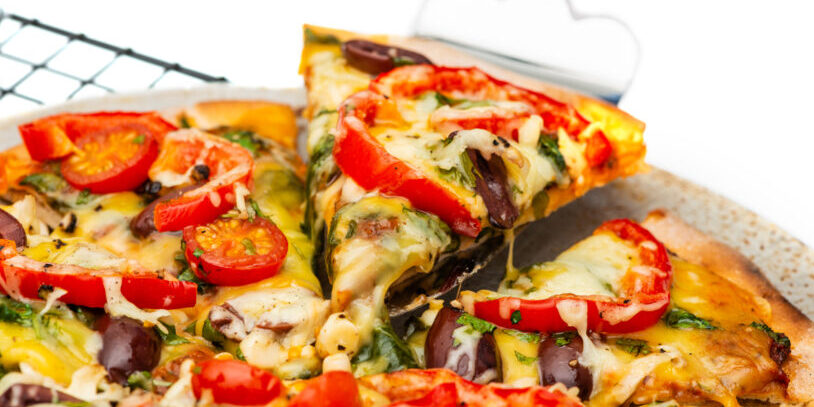 This recipe has been reviewed and approved by  Everyday Nutrition Founder and Accredited Practising Dietitian, Joanna Baker.

Half a jar of Slightly Different Bolognese Sauce

Soak the spinach in boiling water until it has softened then drain and leave to one side.

Soak the sliced mixed peppers in boiling water until tender, drain and leave to one side.

Spread Slightly Different Bolognese Sauce evenly over the top of the pizza base.

Spread the drained spinach, cheese slices, half of the coriander, olives, mushrooms, cherry tomatoes over the pizza base.

Scatter the remaining coriander, bell pepper, jalapenos and cheddar cheese over the top.

Bake in the over until browned and piping hot.